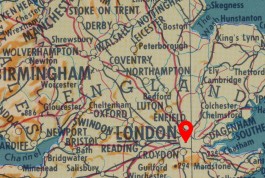 In happy times Tom socialises among the Hampstead set of the late 1780’s. On his second visit to London in January 1793 a government campaign of intimidation against active reformers is underway and it’s in this atmosphere that he address’s the London Corresponding Society. The last time he arrives it’s as a prisoner aboard the ‘Royal George' as it sails up the Thames.  He spends a month and a half in the middle of the winter of 1793 on board a prison hulk in the Thames.  Taken ill in January 94 he’s transferred to Newgate prison where he sits out another month before his final departure from the city aboard the transport ship the ‘Surprize’.